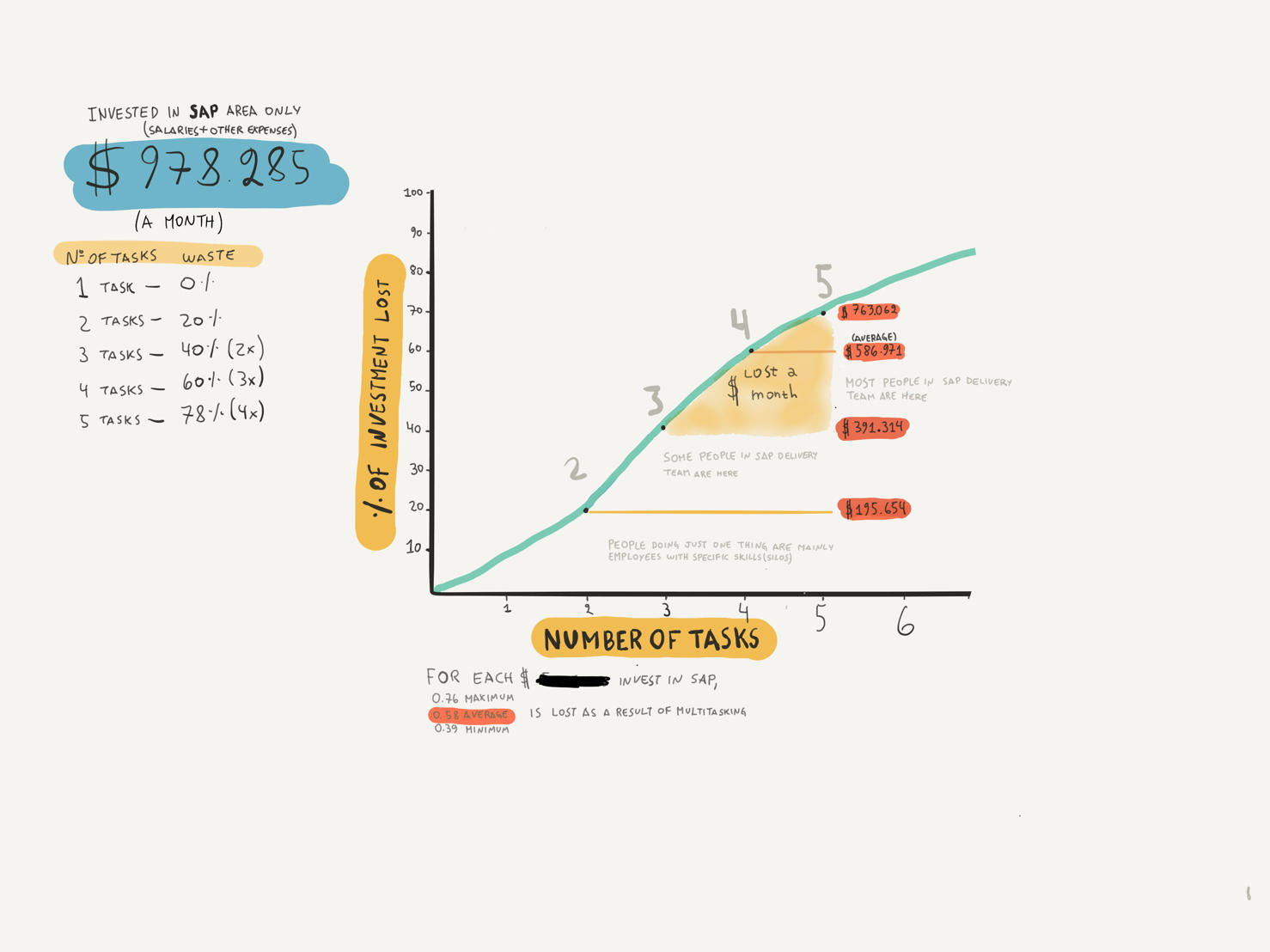 I prepared this chart for a client two years ago. The economic loss from doing high multitasking in a SAP department, and the impact on the rest of the organization.
For every dollar they invested, they lost approximately 0.58 cents due to very high multitasking.

This organization wanted to fire a huge number of employees to reduce costs.

I used here several calculations and techniques. I initially run a small survey asking people about the number of unrelated tasks they performed during one standard day.
By unrelated, I meant different products or any other unrelated work.
I cross-checked this information with data coming from neuroscience studies on context shift, effort, and re-focusing times in new activities.
Finally, I used a Microsoft study on productivity losses in software teams as a consequence of doing simultaneous tasks.
The final result was established as a band of minimum and maximum loss, where I quantified it using two different techniques:

In my opinion, if companies can quantify productivity increases, they should also need be aware of losses related to poor organizational health.

In this case, instead of cutting jobs and leaving many families out of work, the client just needed to reduced multitasking.

This demonstrates that creativity is a good source of innovation when it comes to cut jobs.

If you are curious about knowing more, more information is also included in my book about Enterprise Agility (Leading Exponential Change).